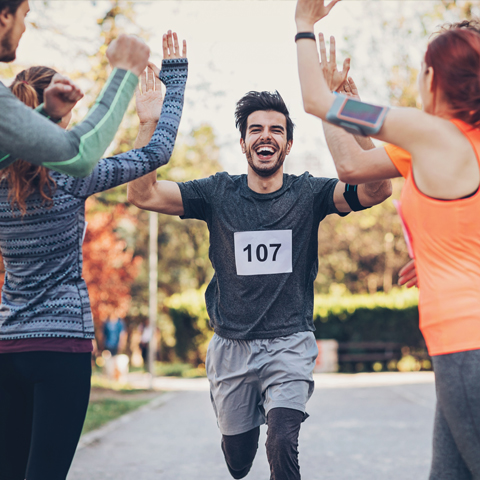 Many of us (if not all) want to lose weight or improve our overall health during some time in our lives. For Peter Haplin, that desire ignited when he heard about a Rockwell Automation weight-loss contest through his boss.

Peter is a Senior Project Engineer at Rockwell. He first heard about the weight-loss contest in November 2017. He could win cold, hard cash? Now that piqued his curiosity!

It took a couple of months for his commitment to build, but by January 2018, at 290 pounds, Peter decided it was time to make a change. Inspired by the contest he first heard about in November, Peter and his colleagues started their own contest, putting their own cash on the line. “We drew teams out of a hat and put money into a pot for whichever team collectively lost the most weight,” he said. “That’s when things got serious for me.”

To kick off his weight-loss goals, Peter started using the MyFitnessPal app to track his calories. When he entered his information into the app, he realized that the number of calories he should be taking in was about 2,000 less than what he was currently eating. “Before [using the app], I really had no baseline for what a healthy calorie intake for me was.”

“I started spending a lot of time in grocery stores [to be mindful about food choices]. My doctor suggested Greek yogurt, so I started eating a lot of that. I zeroed in on black coffee and unsweetened tea, and drank water whenever I felt hunger pangs. I cut out all bread and rice and ate more salads and fruit, as well as chicken and tuna.”

Three months and 50 pounds later, he didn’t stop there. “Once the contest was over, I started to bottom out at about 230 pounds. So I started running and caught the running bug.”

The key to keeping the weight off, he said, was seeing his initial weight loss within the first week of the process. “I lost 10 pounds during my first week, and I didn’t want to lose that positive momentum. And the further I kept going, the easier it got.” He also mentions the team aspect was great for support and keeping each other motivated.

Not only has Peter kept the weight off, but he also ran a half marathon last November. “It’s really about having the mindset of mind over matter.”

Peter’s experience can become yours, too. Remember that Rockwell Automation has a variety of programs to help you get healthy, including Take Action, Real Appeal and more. Whatever journey you take to reach your health goals, we’re here to support you every step of the way.